You are here> Home>News>NETMENTORA CHILE: First antenna at a distance of 600km

NETMENTORA CHILE: First antenna at a distance of 600km 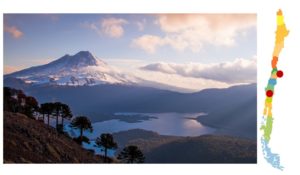 La Araucanía is a Chilean region characterized by its mystical landscapes and its impressive natural resources, apt for agriculture, tourism or the development of other sustainable projects.  It is also a region of harsh contrasts and tensions, and one of the poorest regions in Chile. With an extension like Hauts-de-France (31.842 km2), one million habitants, 460.000 of which live in the regional capital Temuco, nearly half of the population is indigenous.

For Chile, La Araucanía represents a symbol for the future of the country, not only in political terms, but also in relation to the creation of trust, and a more equal, inclusive and sustainable development.

In 2020, Netmentora was invited by Kowork, a local organization, dedicated to innovation, circular economy and entrepreneurship, to participate in a collaborative partnership, with the idea to accompany 15 projects from the region during a first year of trial

For Netmentora, this represented a chance to get closer to the reality of local economy, which is relevant in a moment where Chile is expanding its efforts of decentralization, and where more and more professionals migrate from the capital towards the regions, especially the South of Chile.

The experience has been excellent, and we have currently a group of 12 members who live in the area, and 10 members of Netmentora who are participating actively in the project. This has allowed to form a human group, who got to know each other digitally and have collaborated as an amazing team of work.

Of the 15 projects, we have worked with, 5 have become candidates and are preparing to be laureates of Netmentora in 2022: UMO, Tide Sensing, BerrySur, Numik, Rapaces Nahuelbuta.

In 2022, our partnership with Kowork will strengthen further (among other, there will be a space at Kowork for presential activities), and we will also connect further with the local ecosystem. The idea is to work again with at least 15 projects or more, attract further business people from the region as members, and continue to position the brand of Netmentora Chile with its presence in La Araucanía and the South of Chile.